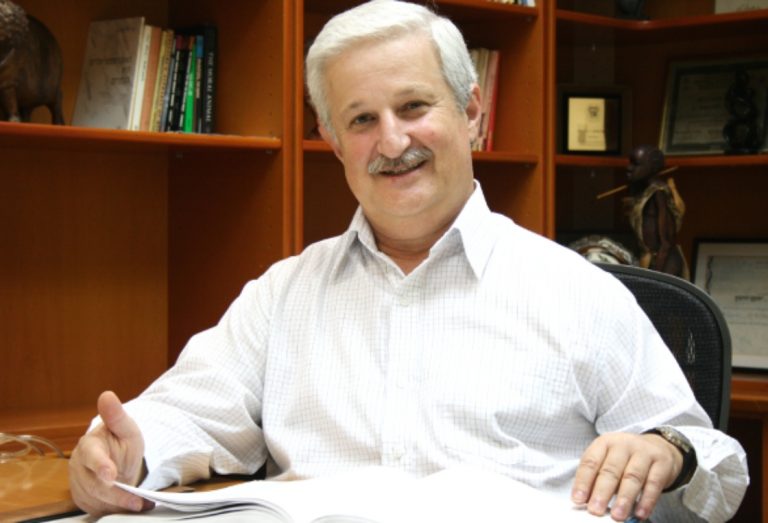 Ishayau (Sigi) Horowitz was the former Head of the Scientific Interrogation Department and Polygraph Laboratories of the Israeli Police. Later, he established the Horowitz Polygraph Institute – the first civilian polygraph institute in Israel.

The institute has become a leading training and certification center for polygraph examiners, priding itself in its experienced professionals, and Sigi’s dream: to educate, to enlighten, to share, and to give.

Sigi had a keen ability to foresee future market trends and demands in his field. In 1985, and as evidence of his insight, he led the development of an innovative integrity questionnaire for screening job candidates. The first version was available in paper and pencil format and was later one of the first tests of its kind to be offered online. Years later, this tool remains the basis for many of Midot’s current products.

Above all, Sigi truly believed that he could help make the workplace better for managers and employees alike. His vision of making integrity a world standard was not mere rhetoric – it became our mission.

Midot launches its new questionnaire builder allowing organizations to easily digitalize, normalize and score their own questionnaires, knowledge tests and surveys. All hosted in our cloud-based administration platform, the Podium.

Full compliance with the GDPR requirements.

Two leading universities PUCP in Peru, and UNAM in Mexico, conduct independent validation studies for the IntegriTEST and the Risk Indicator, certifying their high validity and efficiency for use in personnel selection.

Midot continues to expand its product line by investing in the development of new tools. This time, Midot has successfully validated a new safety test for reducing workplace accidents.

The Podium is an innovative platform based on cloud technology for the evaluation and selection of personnel. Midot Mobile is a mobile application that processes candidates’ test results in real time, via their smartphones.

Midot continues to invest in applied research, with 7 newly published scientific papers, and presentations at 6 international and local academic conferences, in the past 2 years.

The Employee Integrity Appraisal system is released, for incorporating the evaluation of counterproductive work behaviors as part of the employee appraisal process.

RELEASE OF THE “PROETHIC VIEW”

Midot expands its global operations, with tests in 11 languages, and norms that have been adapted to match local populations.

Midot launches the “MidotSystem”, a propriety web-based testing platform (later available as a cloud service), and is proud to offer one of the first online integrity tests in the world.

Midot updates its computerized scoring algorithm based on longitudinal validity studies, and increases its investment in research and development.

RELEASE OF THE “TRUSTEE”

The S.N.O.B. test, later known as the TRUSTEE, is released for periodic assessment of integrity and work ethics among current employees.

Midot, Ltd is incorporated as an independent entity, dedicated to making integrity testing a standard in the workplace.

INTEGRITEST IS RELEASED IN COMPUTER-BASED FORMAT

The “Meyuman” integrity test is offered in computer-based format, as a stand-alone installation with immediate results.

The “Meyuman” integrity test for employee selection and assessment (later known as IntegriTEST) is published in paper and pencil format.

FOUNDING OF THE HOROWITZ INSTITUTE FOR FORENSIC SCIENCES

Mr. Ishayau Horowitz retires as Head of the Polygraph & Scientific Interrogation Unit of the Israeli Police Headquarters, and establishes the first civil polygraph institute in Israel – the Horowitz Institute for Forensic Sciences, Ltd. – serving many of Israel’s leading companies.